Andy Cooney has nine Carnegie Hall sellouts under his belt and also filled The David Geffen Hall at Lincoln Center with The New York Tenors. His outstanding voice and dynamic stage presence have long been a favorite among young and old alike. His talent and versatility provide the ability to deliver a song directly to the hearts of his audience; Andy is surely one of the greatest singing sensations on the Irish Music scene today. Christened Irish America’s Favorite Son by The New York Times, it is a title he richly deserves. Andy Cooney is one of The New York Tenors, along with New York Italian Tenor Christopher Macchio and New York Puerto Rican Tenor Daniel Rodriquez, a trio which has been receiving high critical acclaim for a number of years. Andy has recorded 19 albums to date, including Bright Brand New Day with Phil Coulter and his Orchestra. Andy and Phil frequently tour together and in March 2017, completed a three week tour of the US. Cooney’s latest CD, Irish Country Skyline, was released in the summer of 2016 as a journey back to his Country music roots. This release has been getting huge airplay all over Ireland and the UK with his hit singles On The Eighth Day and My Rose of Ballinrobe, both his own compositions.  2020 turned out to be an unusual year where the Coronavirus shut down the music industry.  During 2020, Andy managed to release 4 new singles during the Coronaviruses pandemic,  “Take Me Back To Dublin”, “We’re All In This Together” with his son Ryan, “Come Tennessee Me Tonight” with Country Music legend Larry Gatlin and his latest single release in November 2020, “The Waltz of the Angels”.    Andy Cooney is also known for his Cruise of Irish Stars which annually draws over 1,000 Irish and Irish Americans on a Caribbean Cruise enriched with the finest Irish entertainment including the great Ronan Tynan.

Andy Cooney has nine Carnegie Hall sellouts under his belt and on December 12, 2016, filled The David Geffen Hall at Lincoln Center with The New York Tenors. The New York Times christened Cooney Irish America’s Favorite Son, and his talent and versatility provide the ability to deliver a song directly to the hearts of his listeners. His outstanding voice and dynamic stage presence make him a favorite with audiences as he renders songs ranging from all-time favorites like Galway Bay and Danny Boy to his hit records The Irish Wedding Song, Boston Rose and Daughter of Mine.

One of nine children born into a deep-rooted Irish American family from Long Island, NY, Andy Cooney has been singing Irish songs literally all his life, beginning at an early age directed by his Dublin-born grandfather, Andy Feehan. As a young lad, he sang at family and church gatherings, with his professional career beginning at the young age of 17.   He began appearing in many of the well-known Irish establishments in the New York area entertaining audiences with his piano playing and singing, and at 19 in 1986, the well-known Irish bandleader, Paddy Noonan, asked Andy to tour with his show. For the next several years Andy toured with Noonan gaining national exposure for his talent and winning a place in the hearts of all who heard him.

Andy Cooney also produced American Voices which included elements of heritage, faith, friendship, and American patriotism. Along with Andy Cooney, the show included two Grammy Award winners, legendary Larry Gatlin and the ever popular Crystal Gayle. Both of these shows have toured Performing Arts Centers and Concert Halls throughout the USA.

As a seasoned stage veteran, Andy firmly hit the mark with his first Public Television Special, Andy Cooney Live in Concert: An Evening of Irish Classics, filmed at the Renaissance Center in Dickson, TN in June 2004. His accomplished band of fine musicians was joined on stage by the renowned Nashville String Machine, and to add a magical touch, world-class Irish dancers featuring dancers direct from Lord of the Dance. This was Andy’s first live recording and he performed all his hits including: Galway Shawl, My Kathleen, Boston Rose, Rattlin’ Bog, Daughter of Mine, The Irish Wedding Song.

Andy’s 2008 release, It’ll Be Me, was Andy’s best yet. His dream was to record a symphony album; in preparation, Andy teamed up with New York vocal coach Michael Crouse, a decorated instructor specializing in Classical singing. It’ll Be Me, recorded in Ireland with the RTE Concert Orchestra, was proof positive that Andy’s vocal range and ability to deliver powerful selections put him in a league of his own. It’ll Be Me features a duet with Andy and Crystal Gayle. Legendary artist Larry Gatlin wrote the title song, It’ll Be Me, and joins Cooney and Irish Tenor, Ronan Tynan, on the track. Seamus Brett produced the CD with incredible orchestral arrangements by Brian Byrne.

In 2009 Andy returned to Ireland to record The Magic of Christmas with the RTE Concert Orchestra. This album, influenced by his concert at Carnegie Hall in 2008, features traditional Christmas favorites brilliantly arranged by Brian Byrne. Singing these magnificent arrangements, Andy once again proves that he is on par with the great tenors. His 12-year old son, Ryan, is introduced in his debut recording of The Little Drummer Boy.

Cooney has recorded 18 albums, and continually associates himself with the finest musicians on the Irish recording scene like Brian Byrne, The RTE Concert Orchestra, Seamus Brett, Joanie Madden, Seamus Egan, Eileen Ivers, Des Moore, and Paddy Noonan. Receiving rave reviews since its release in March of 2014, Andy’s latest album, Bright Brand New Day, was produced by world-famous composer and singer Phil Coulter. The journey to this album’s release took 20 years. Cooney and Coulter began this album in 1993 in Dublin, but the funding was pulled and it sat parked until Andy contacted Phil in May of 2013 to finish the album. Bright Brand New Day is a collection of the great songs composed by Phil Coulter; Andy and Phil combined to compose a song, Calling Us Home Again, to celebrate their gathering once again in Ireland in 2013. Phil Coulter kindly invited Andy to join his concert at The National Concert Hall in Dublin in December 2013; Cooney reciprocated by inviting Coulter to join him in concert at Carnegie Hall in December 2014. In attendance at that concert was Bill and Hilary Clinton, Congressman Peter King, and Senator George Mitchell. Andy Cooney and Phil Coulter toured the US together in March of 2016.

Today, Andy has gathered around him the finest group of musicians on the Irish music scene touring all over the US throughout the year. For two seasons, Christmas and St. Patrick’s Day, Andy adds to his troupe by inviting other talented entertainers to join his high-energy concerts showcasing the finest in Irish music, comedy, and dance. The list of performers who have accepted his invitation includes such renowned artists as Phil Coulter, Ronan Tynan, Cherish the Ladies, and Noel V. Ginnity.

Dubbed An American Gift to Ireland’s Heritage by Jim Mahoney of The New York Daily News, Cooney has made his mark not only on the Irish/Irish-American front, but also within the world of country music. Because so much of country music has Irish roots, this is a perfectly natural link. Andy has worked with a number of country music’s finest, including The Oak Ridge Boys, The Statlers, Larry Gatlin, Charlie Daniels and Crystal Gayle. His latest CD, Irish Country Skyline, was released in Ireland and the U.K. in the summer of 2016. This release is receiving huge airplay all over Ireland and the U.K. with his hit singles On The Eighth Day and My Rose of Ballinrobe, both are Cooney’s compositions.

During 2020, Andy managed to release 4 new singles during the Coronaviruses pandemic,  “Take Me Back To Dublin”, “We’re All In This Together” with his son Ryan, “Come Tennessee Me Tonight” with Country Music legend Larry Gatlin and his latest single release in November 2020, “The Waltz of the Angels”.

The name Andy Cooney has also been associated with The Cruise of Irish Stars. Andy put this Cruise together in 1998 and every year it has become more and more popular. The Cruise of Irish Stars draws over 1,000 Irish music fans from Ireland and the United States. The cruise features over 20 different Irish bands and performers. Over the years, some of Andy’s high-profile guests have included Mike Denver; Noel V. Ginnity, the star of Dublin’s Irish Cabaret; Tony Kenny, the star of Jury’s Irish Cabaret; the late Dermot O’Brien; Cherish the Ladies; legendary Irish balladeer Johnny McEvoy; and the great Ronan Tynan.

Cooney is a musician, songwriter, vocalist and complete entertainer. With his Irish charm and good looks, Andy is known to be a true professional who brings the best of Irish entertainment on every tour. Andy Cooney maintains a mailing list of over 48,000 fans, and maintains an extremely busy website with countless daily hits. Andy and his band receive the highest reviews wherever they perform; whether playing before a packed theater or at a family gathering, his feelings are the same: I still feel as though I’m singing for my family… the room is just a little bigger. 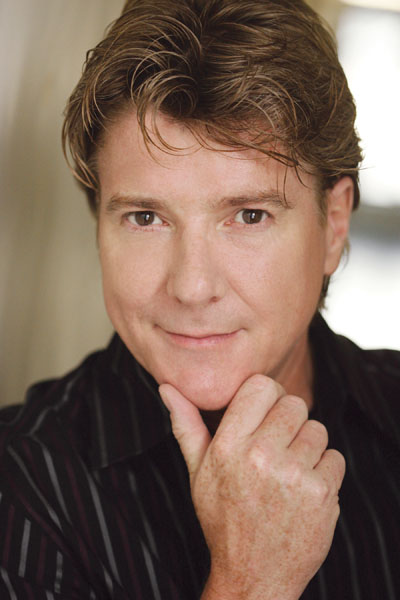